Marlene is a 41 year old woman who had influenzal meningitis. She has spastic diplegia, and seizures.  She is easily agitated and does not adapt well to changes in either her environment or routine.

Maureen Thomas, the RN in charge at Amelia House, Sidney, BC, working with Marlene.  After some resistance she became tolerant of the therapeutic exerciser.  Now she actually quite enjoys being upright and moving. 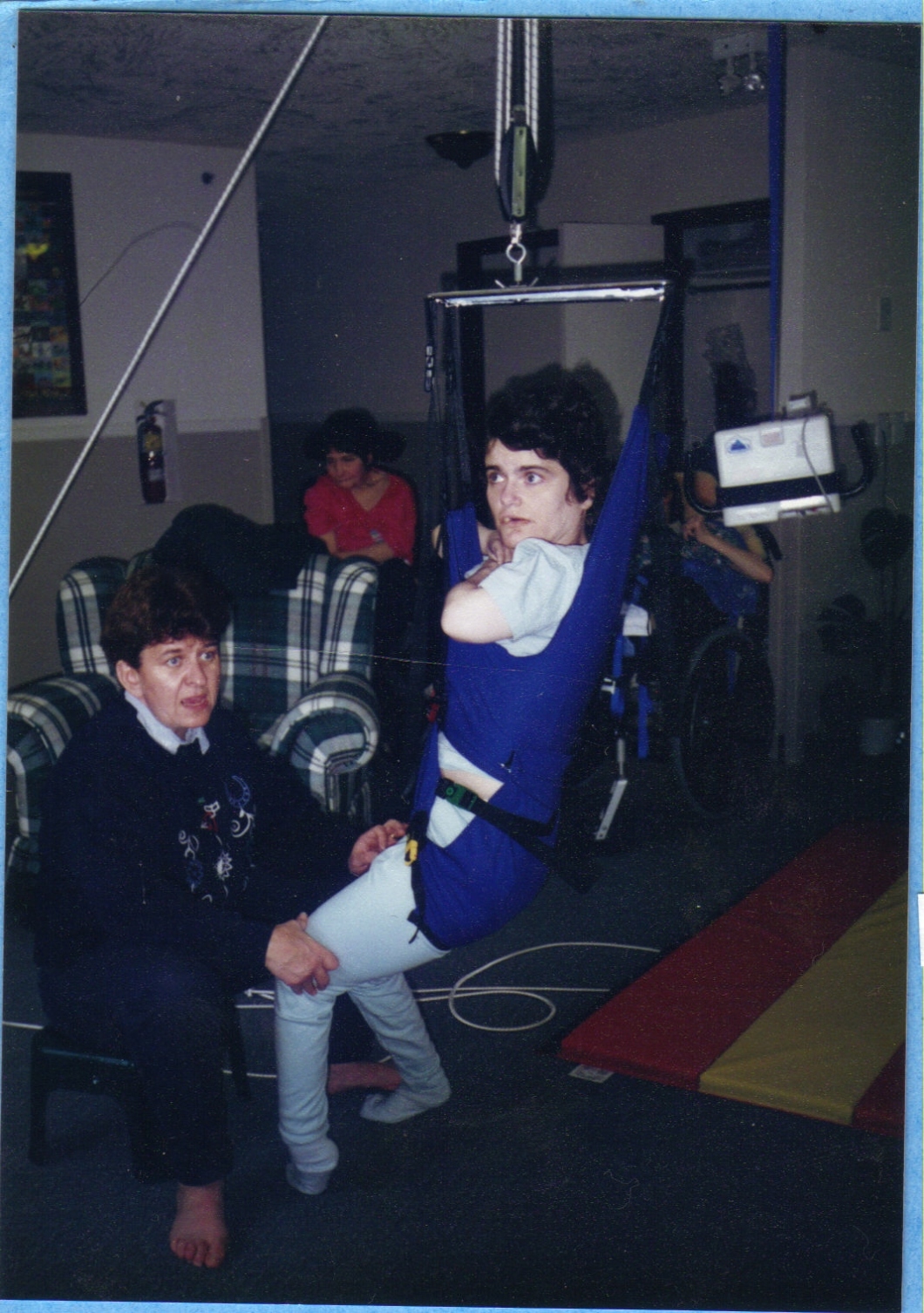 Marlene’s socks were removed in the hope that the texture of the carpet would stimulate her senses better.

Mattie, the dog, came to interact with her too! 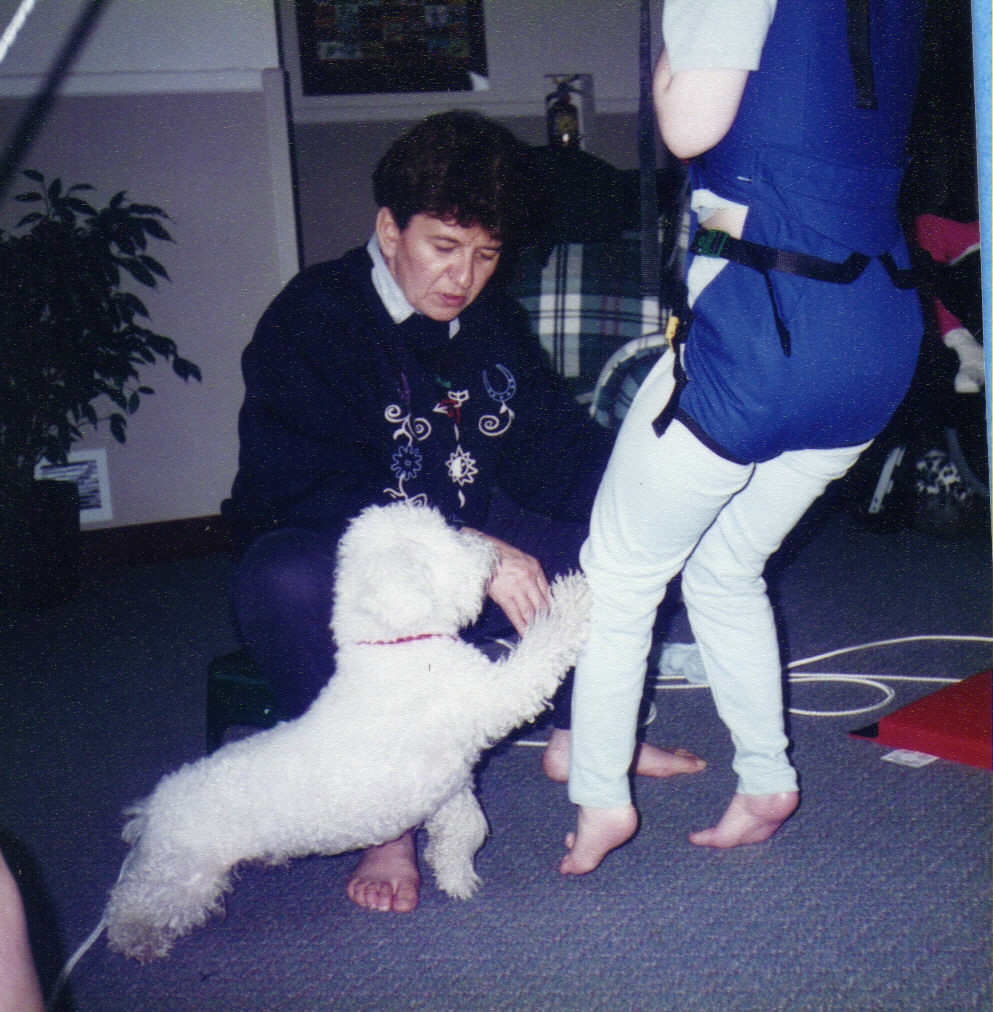 This picture is of Marlene’s first time in the Therapeutic Merry Muscles and minor adjustments were later made to position her better.

Marlene made significant progress after using the exerciser 2 to 3 times a week, for a year.  She now gets very active and excited when it is time to use it.  At first she had difficulty allowing her feet to touch the floor but now she has progressed to weight bearing and actually jumping.  The sensation of causing her own body to move as a result of pushing off her feet really delights her!