Kyle: from “failure to thrive” to “better balance”

At age seven, Kyle weighed only 17 lbs! (December 1987).  His therapists started him in the therapeutic model of the Merry Muscles exerciser.

This model had a custom-made crotch piece lined with real sheepskin to provide cushioning since his body did not have its own padding.

Here he is using a Pelvic Support seat, with an extra sheepskin under his left foot, because his left leg slides upward. 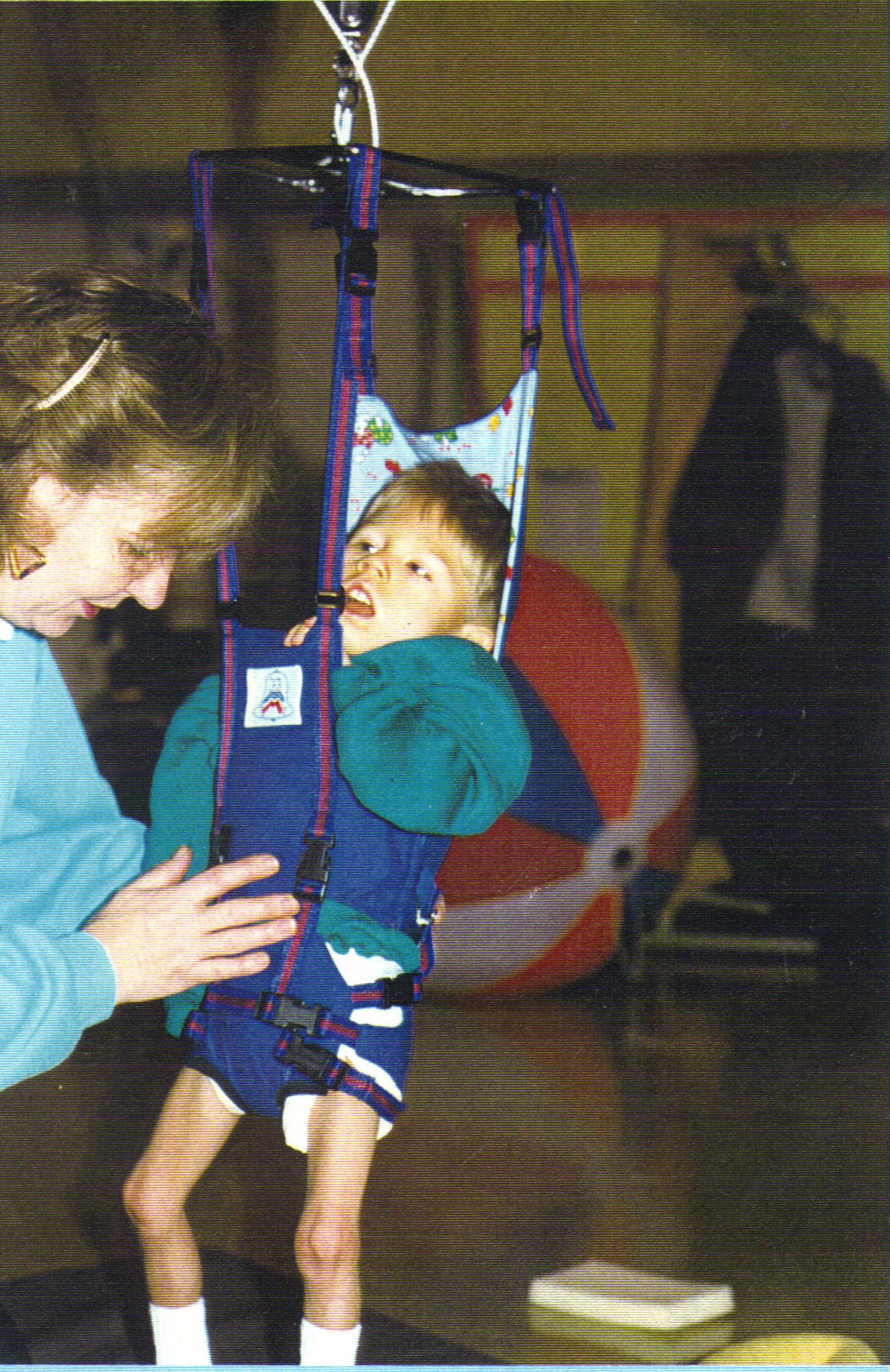 In April, 1988, at the start of NRC Research Project. (Note: the pelvic support is incorrectly closed in this photo–the horizontal strap should be closed inside the cloth piece.  It is designed to fit under the fullness of the tummy, and provide lift from there.) 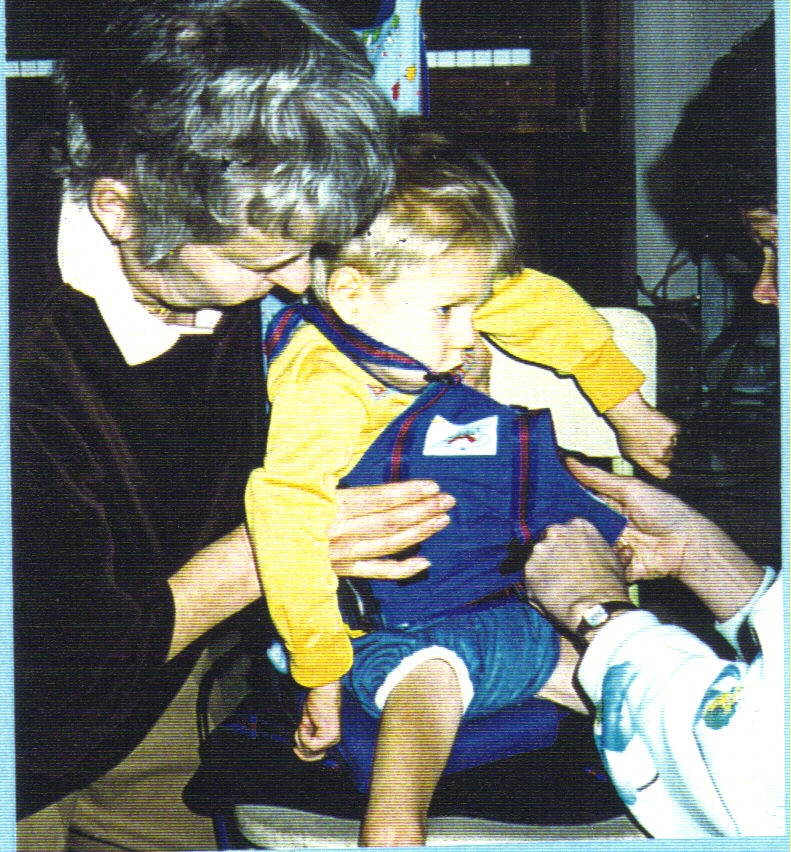 In January 1988, it took two people to put Kyle into the exerciser using the Bucket Seat, or the special sheepskin lined crotch piece.

When we visited his school a year and a half later, in June 1989, it only took one person to handle his equipment easily.  By then, he had developed better balance and could hold his head in mid-line even if he was swung very fast back and forth or side-to-side.