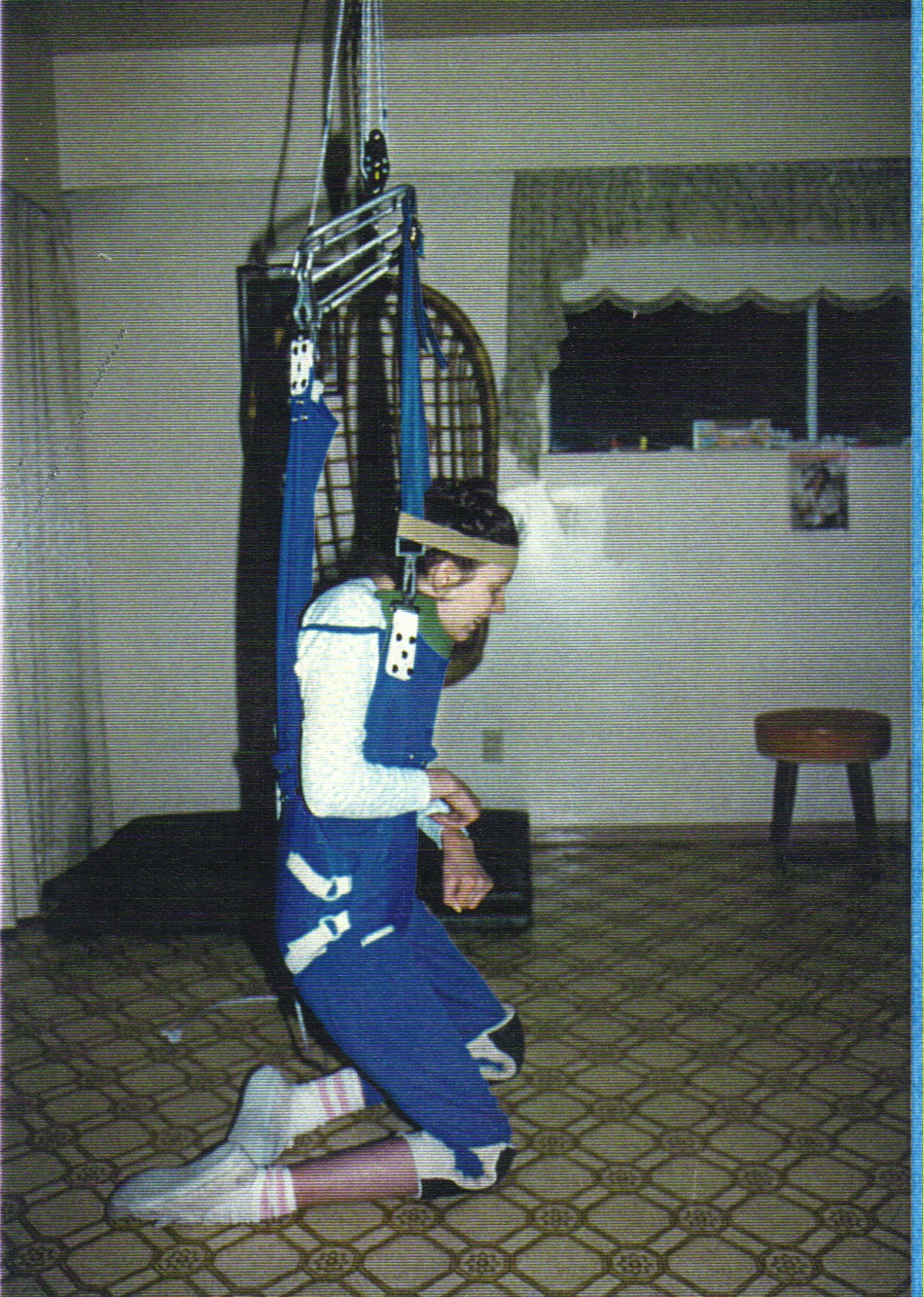 These first pictures were taken in December, 1984, at age 20 years and 4 months.

The only active range of motion she had, was a few degrees of hip flexion.  This was just enough to raise her right knee off the floor so that someone else could move her leg ahead when she “knee-walked”.

The exerciser shown here was a very early design, and was improved, as shown in these photos taken in January 1985.

#1 Her mother puts Tina in the Upper Body Support with the Pelvic Support attached, while Tina is on her bed.

#2  The volunteer exercise assistant in the background helped to transfer her to the wheelchair. 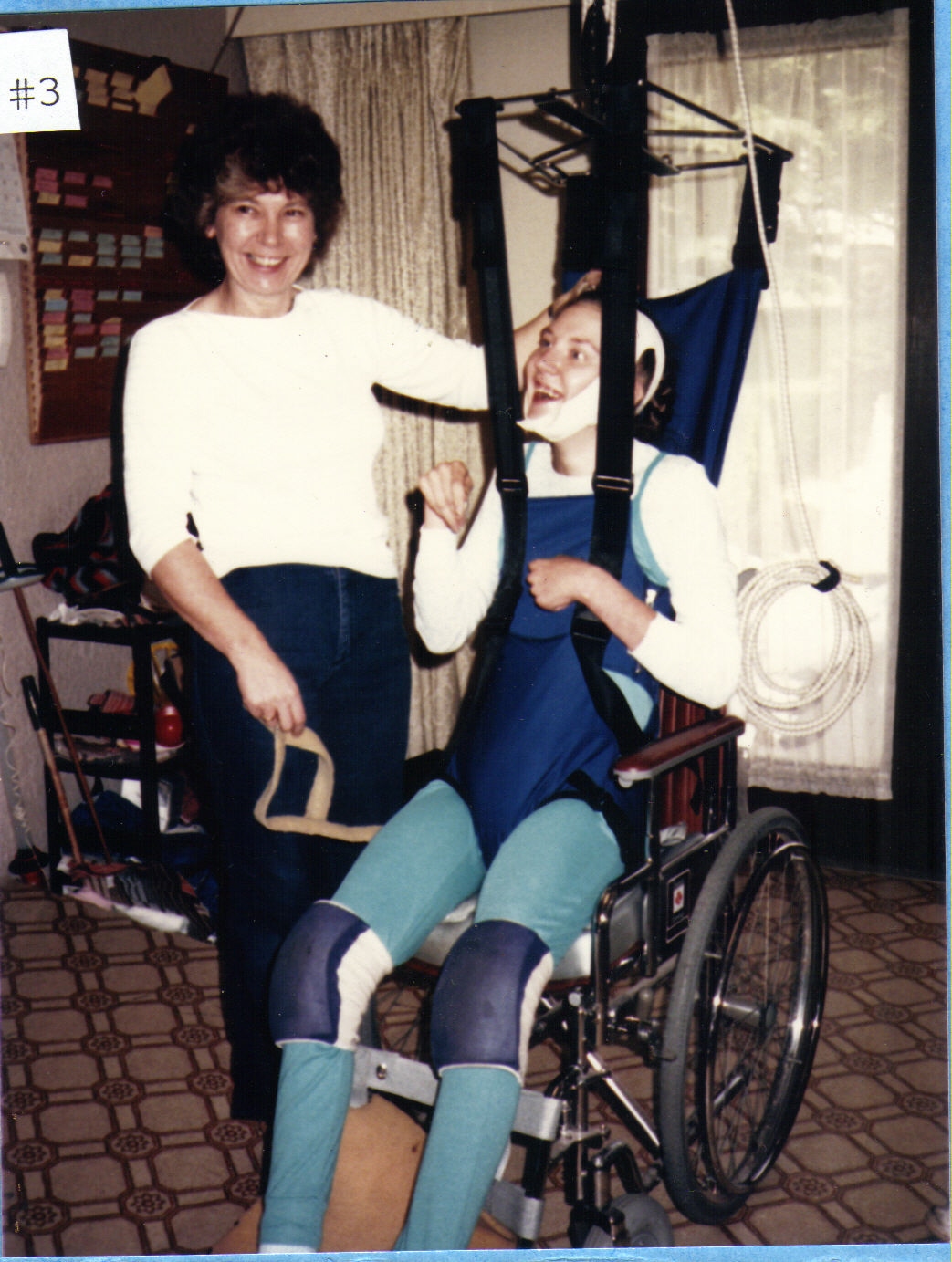 #3 Tina tried using a neck traction harness to hold up her head but she was safer without it. Her mother can use the pulleys to lift her easily. 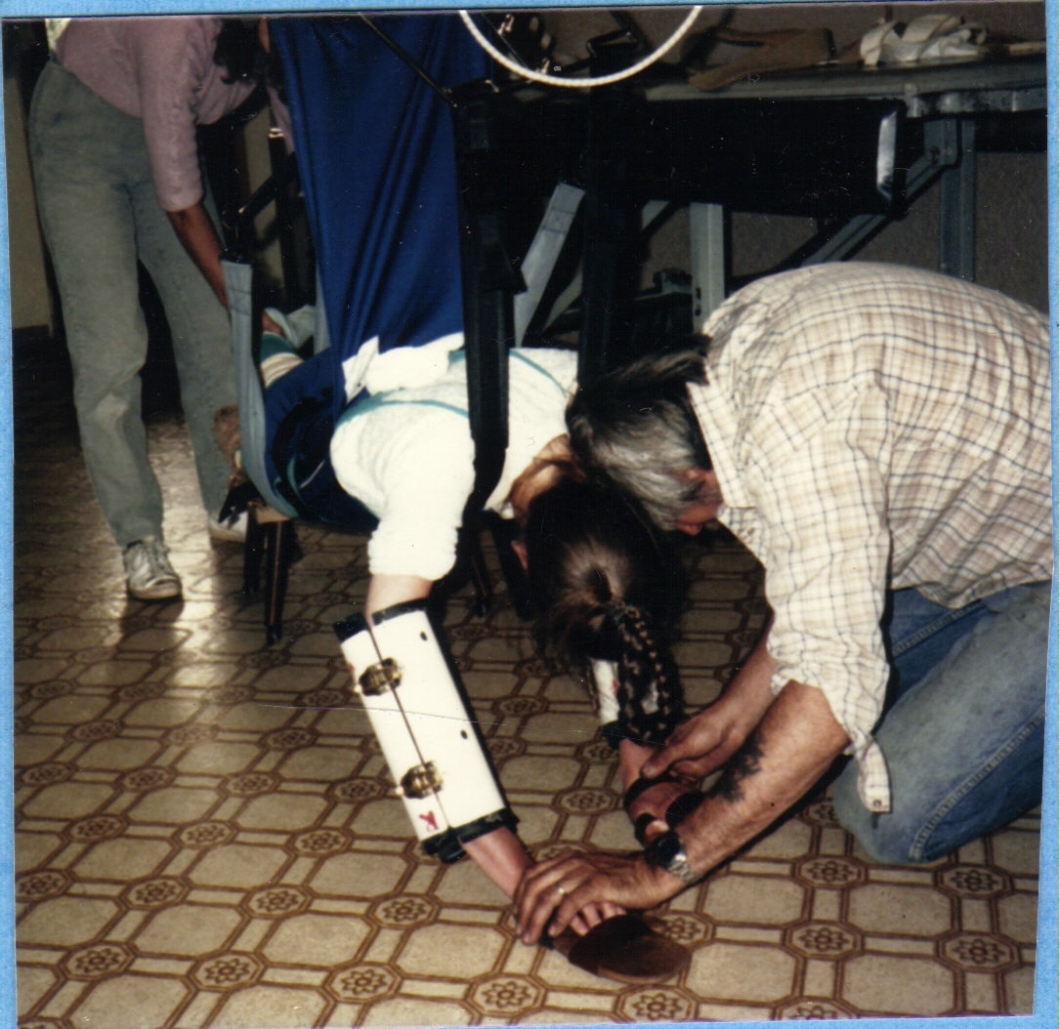 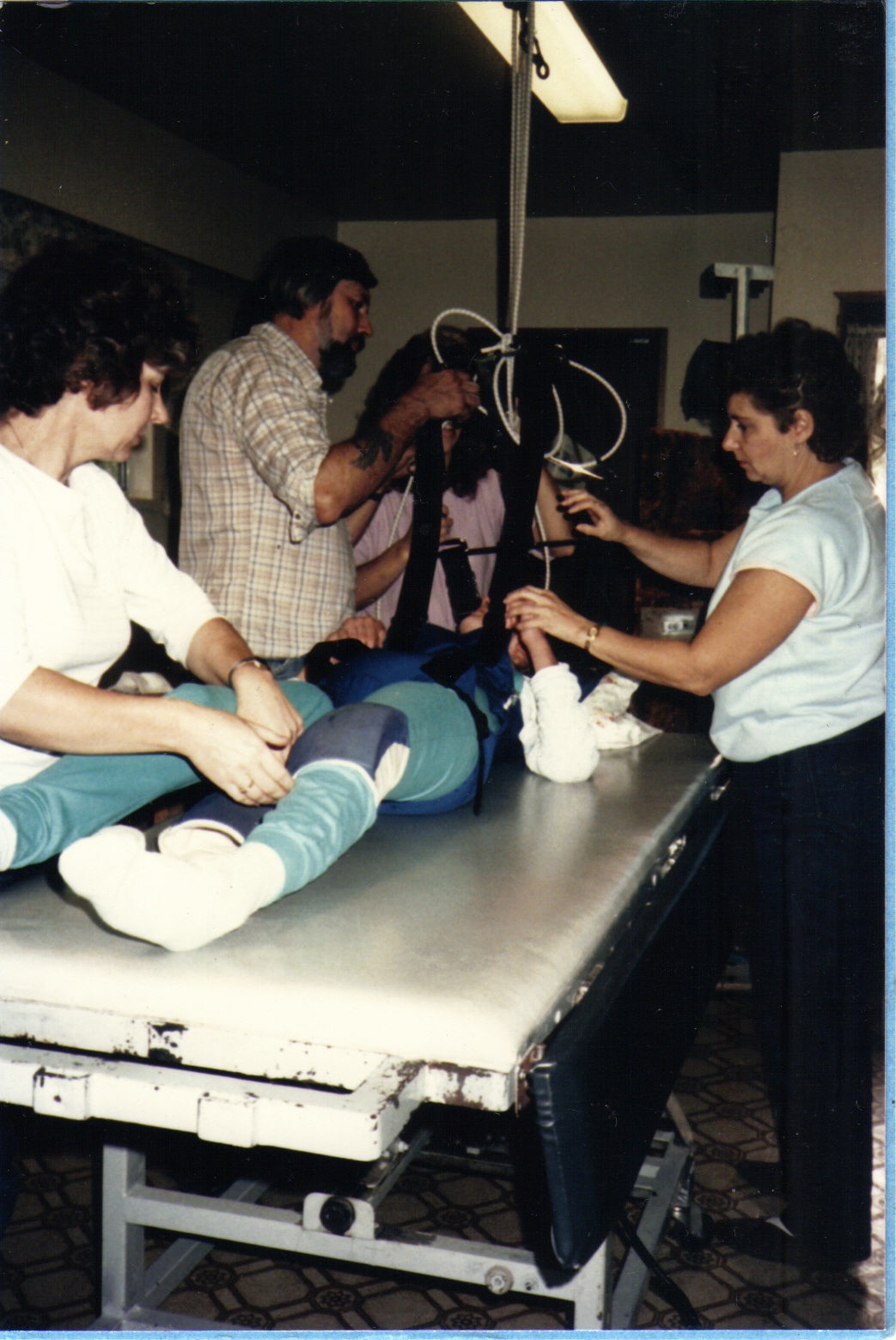 In this case, the Therapeutic Exerciser is suspended from roller skate track on the ceiling, to allow movement along the track during some of the exercises.