Maria: exercising to regain use of legs.

No one has diagnosed the reason why Maria became paralyzed.  She has recovered except for her legs.  Maria has been getting different sensations in her legs and she hopes to regain the use of them.

The lady in the striped shirt is her physiotherapist, Ann Rider, who suggested that the Therapeutic Merry Muscles could help Maria to avoid further loss of calcium from her leg bones. 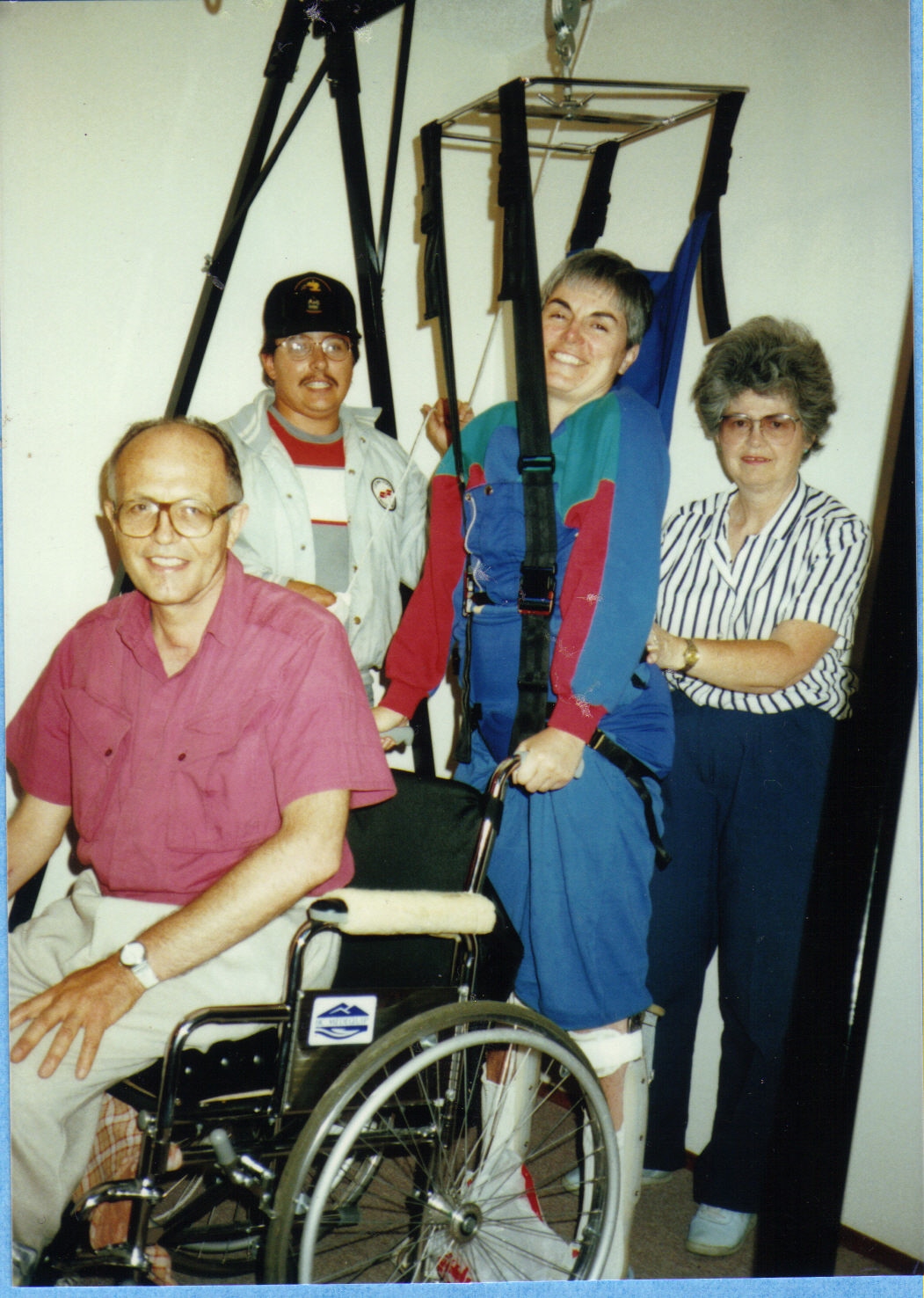 She is using the Therapeutic Merry Muscles as a standing frame with the Pelvic Support attached as shown. 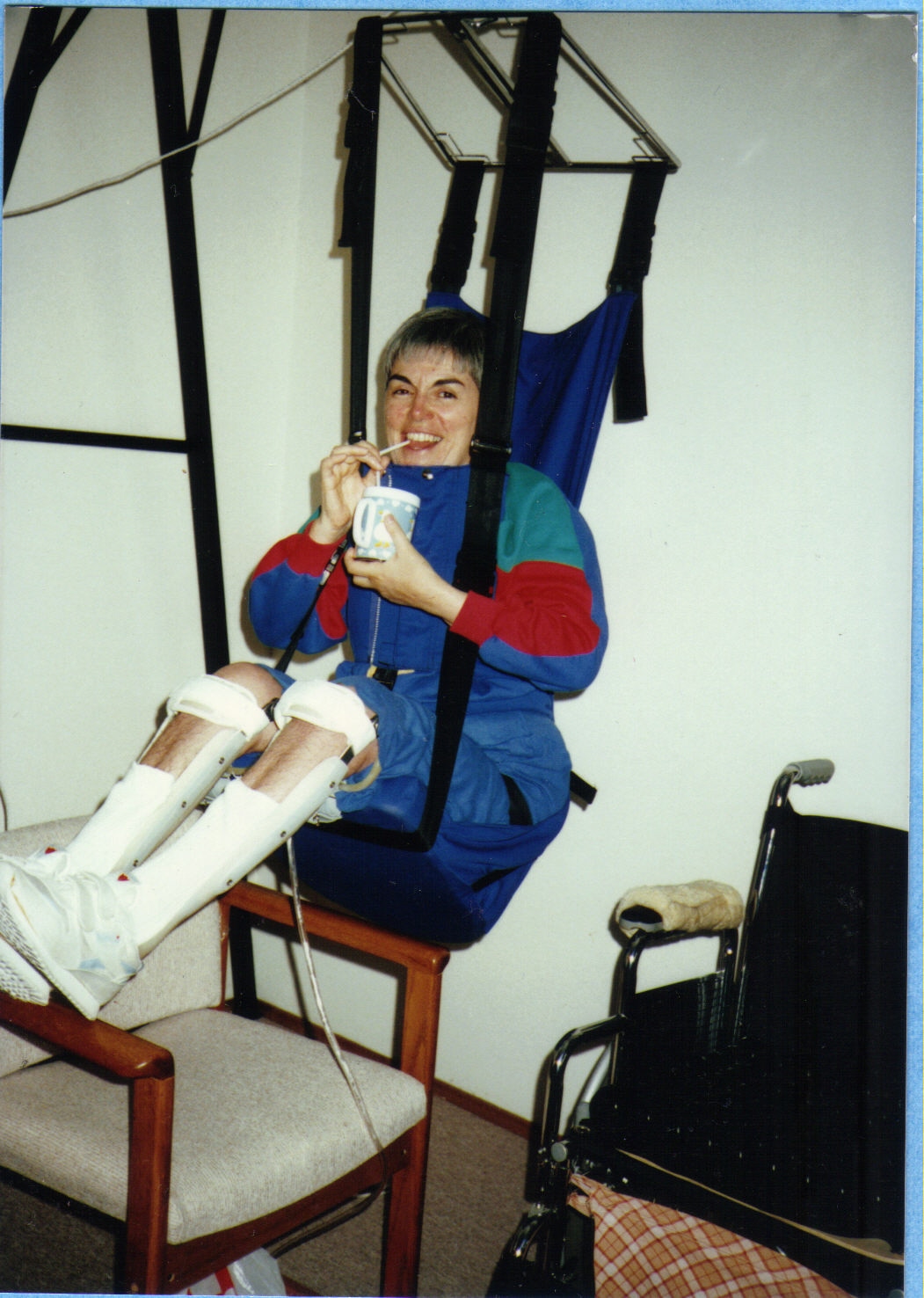 The Bucket Seat section will be used for rapid movements to improve general balance and co-ordination.