These pictures were taken when Susie was 12 years old.  She is having her turn in the Therapeutic Exerciser, at her school.  She has spastic cerebral palsy.  This is a condition in which the muscles are too stiff, making movement very difficult.  Susie is also visually impaired. 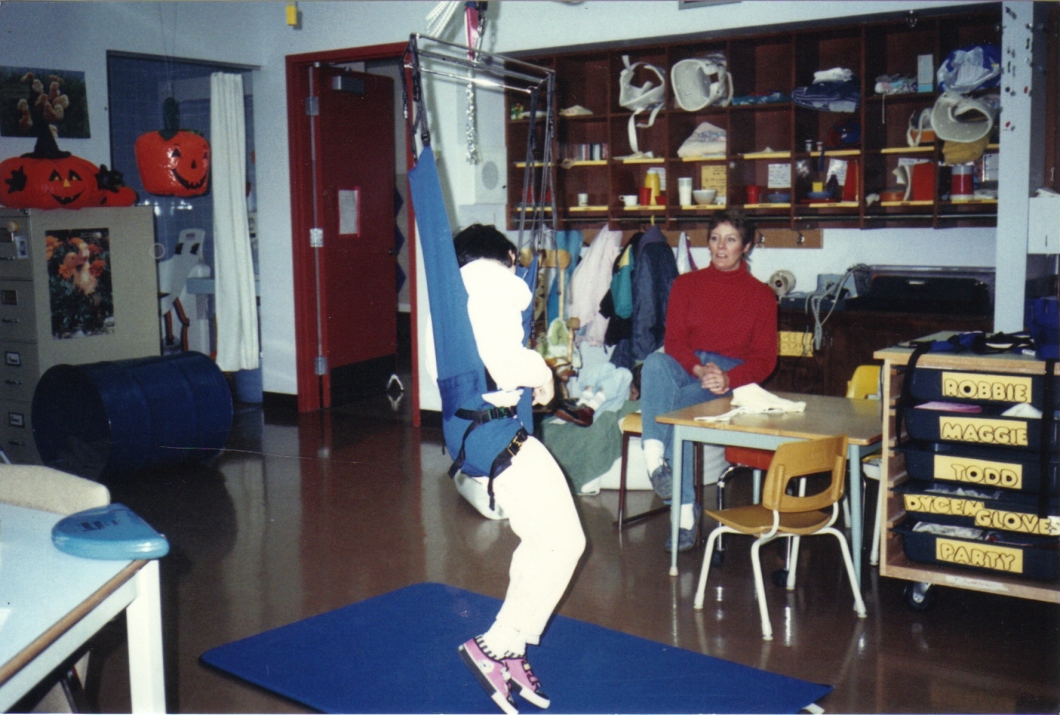 Susie is using the exerciser with the pelvic support option, which holds her in an upright, supported standing position. Using the Therapeutic Exerciser with gentle swinging, bouncing, or a small amount of spinning, relaxes the muscles.  There have also been several cases where dramatic improvement in the ability to see have been reported.